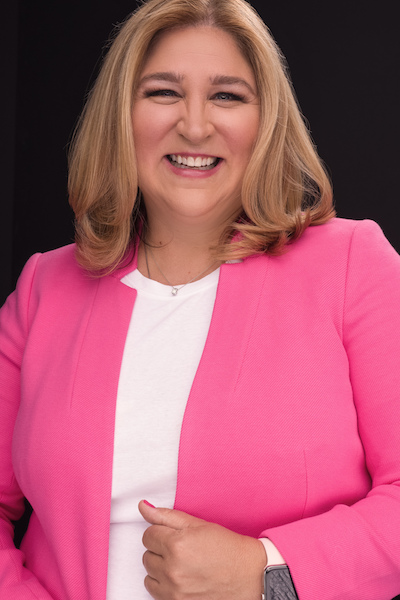 The current chair of the ECRDA is Kate Philips - CEO of co-founder Parker Philips, a nationally recognized, WBNEC-certified, consulting firm specializing in economic impact analysis, strategic marketing, and public affairs. Its clients include small and large non-profits, for-profit companies from start-up to Fortune 100, and governmental organizations including universities across the country. Parker Philips employs 14 people at it Erie, PA headquarters. Philips relocated home to Erie from Philadelphia eight years ago, after building a career outside Erie over 18 years.

Her firm is highly sought after for their work in public strategic marketing and public affairs – currently managing marketing and communications for several notable statewide foundation funded non-partisan advocacy campaigns in the commonwealth including: Pre-K for PA, PA Schools Work, PA Lead Free Promise Project, Level Up PA, and Child Care Voters. It is also nationally recognized for its economic impact analysis expertise, with consulting project currently underway in 16 states.

Prior to her work in the private sector, Philips served as Press Secretary for Maryland Lt. Governor Kathleen Kennedy Townsend’s gubernatorial bid, was Public Affairs Director at the Port of Baltimore, and as Pennsylvania Governor Edward. G Rendell’s Press Secretary for six years, and as a Senior Advisor to Governor Rendell overseeing the Southport seaport economic development project at the Port of Philadelphia and working to advance the deepening of the Delaware River by successfully helping execute a Project Partnership Agreement with the U.S. Army Corps of Engineers.

As Chief Spokesperson for Governor Rendell’s administration, she developed messages for and defended five multi-billion-dollar executive budgets. During her tenure, she directed communications for legislative achievements including: the Pennsylvania Race Horse Development and Gaming Act of 2004; the $2.8 billion economic stimulus legislation of 2004, Growing Greener II, which established a $625 million fund to protect and preserve the Pennsylvania environment; the first increase in the Pennsylvania minimum wage in more than a decade; and the successful passage and implementation of “Cover all Kids,” which extends healthcare coverage to all Pennsylvania children.

Before starting her successful consulting career, Philips served as Vice President of Marketing & Communications for MinSec, a $20MM portfolio company of NewSpring Capital and Camden Partner private equity groups, and as Managing Director of the Karma Agency, a Philadelphia based marketing and public relations firm.

In addition to her service for the past six years on the Redevelopment Authority of Erie County, Ms. Philips serves on the Boards of The Erie Zoo, Erie Police Athletic League Board, and Children Matter Action Fund. She founded the Erie Food Truck Festival in 2018 and continues to Chair the Festival, which benefits her alma mater Iroquois School District Foundation.